VPT On Board ExoMars 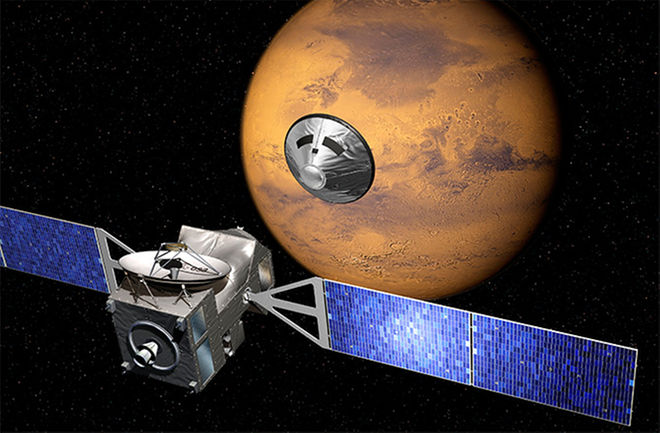 March 23, 2016 – The European Space Agency (ESA) has developed an advanced program for Mars exploration called ExoMars, which involves two separate launches with orbiting and landing devices designed to gather evidence of signature gases of possible biological or geologic significance.In collaboration with Roscosmos, the first of the two missions recently launched and the Trace Gas Orbiter (TGO) has sent signals to ESA’s control center signifying the successful launch and operation of the system.

After a seven month flight to Mars, the descent and landing demonstrator module of ExoMars TGO (Schiaparelli) is expected to separate and enter Martian atmosphere to land on the surface of the planet During this time, the TGO unit will begin a path to orbiting the planet at approximately 248 miles (400 kilometers) altitude and will function as a scientific data collection, communications and mapping system.

The second launch of the ExoMars program is scheduled to launch in 2018. This portion of the program involves a rover which will collect bore samples and analyze the material within its internal laboratory. The scientific duration of the ExoMars mission is expected to run for five years.

As a provider of power supplies for the ExoMars TGO, landing module and rover, VPT is honored to be involved in this important and unprecedented mission. For further information, please see the ESA’s ExoMars mission overview.