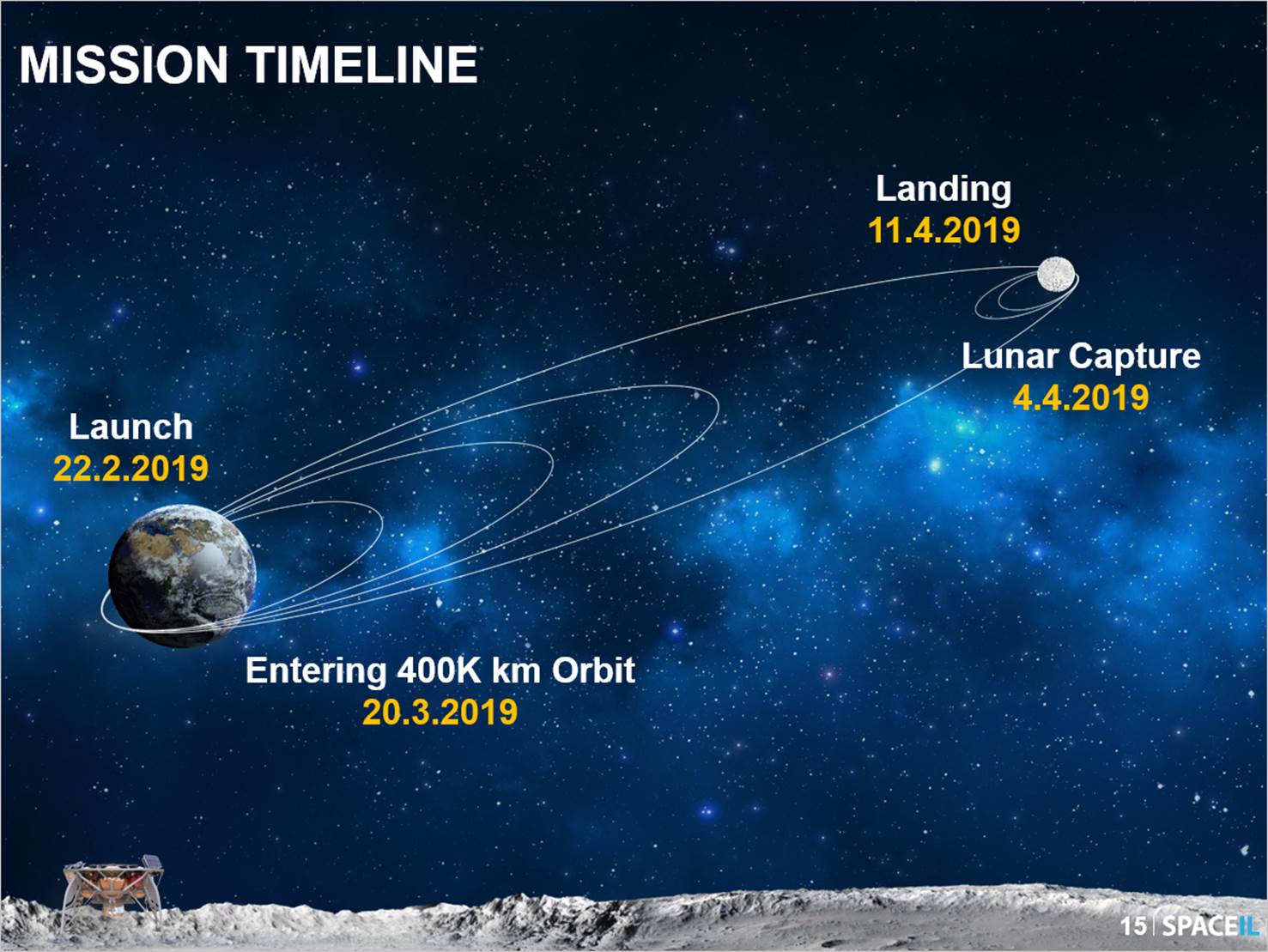 March 1 2019 – Israel’s SpaceIL recently launched its lunar lander, Beresheet, from a SpaceX Falcon 9 rocket, on the first privately financed moon mission. Beresheet is expected to land on the moon April 12th. If successful, it will be the first time Israel has reached the moon, joining only the United States, Russia, and China as nations who have accomplished this feat.

SpaceIL is an Israeli non-profit that was among the Google Lunar XPrize teams and is now on track to be the first of the 29 XPrize teams to reach the moon. The competition ended in 2018 with no winners. Once Beresheet lands on the moon, it will take a lunar selfie, which was one of the original requirements of the competition.  It is also expected to take images of its surroundings and transmit them back to Earth.

The lander’s other lunar activities include measuring the magnetic field in its vicinity as it will be landing in an area that is known to have magnetic activity. It will also deposit a time capsule containing digital files that include a copy of the entire contents of Wikipedia and other data.

VPT is proud to have parts on board this historic mission and congratulates everyone involved in its current and future success.

For more information about the mission, please watch this video.