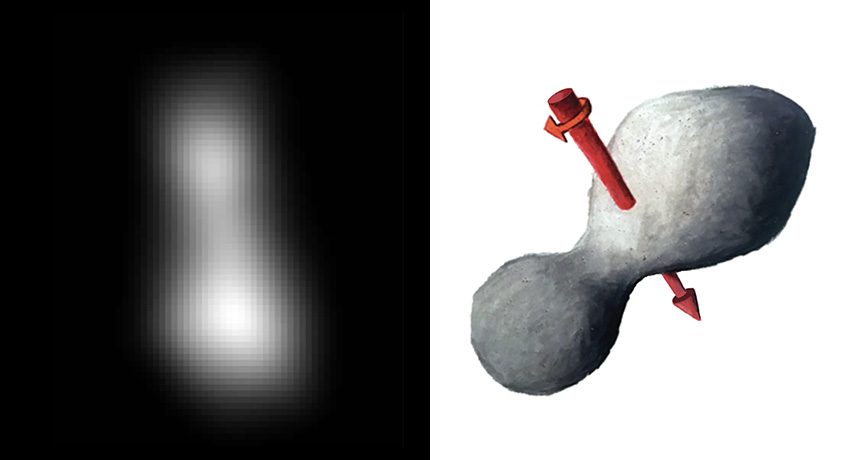 January 2, 2019 – NASA space probe New Horizons completed the most distant flyby in history on New Year’s Day, capturing an image of an object 4 billion miles from Earth. The object, Ultima Thule, a small, icy body in the Kuiper Belt, is approximately a billion miles away from Pluto, where New Horizons made its historic flyby in 2015.

Scientists from NASA and Johns Hopkins University Applied Physics Laboratory confirmed the flyby was a success. Considering New Horizons was moving at over 31,000 miles per hour, a successful encounter was not guaranteed.

The image captured is the first of many that New Horizons is expected to send back to during the course of its flyby. This initial image has shed some light on the shape and size of Ultima Thule. It is approximately 21.7 miles long and 9.3 miles wide, with an elongated shape, believed to be spinning in a propeller-like manner. Looking much like a bowling pin, what isn’t known is whether it is one or two separate objects.

In addition to getting more information about Ultima Thule, scientists hope to gain a better understanding of the origins of our solar system. Once New Horizons completes this leg of the mission, it will continue on through the Kuiper Belt to conduct additional observations.

With parts on board New Horizons, we are proud to be a part of this historic flyby and we congratulate everyone who worked on this program for their success!

For more information about this mission, please visit the mission’s official page.