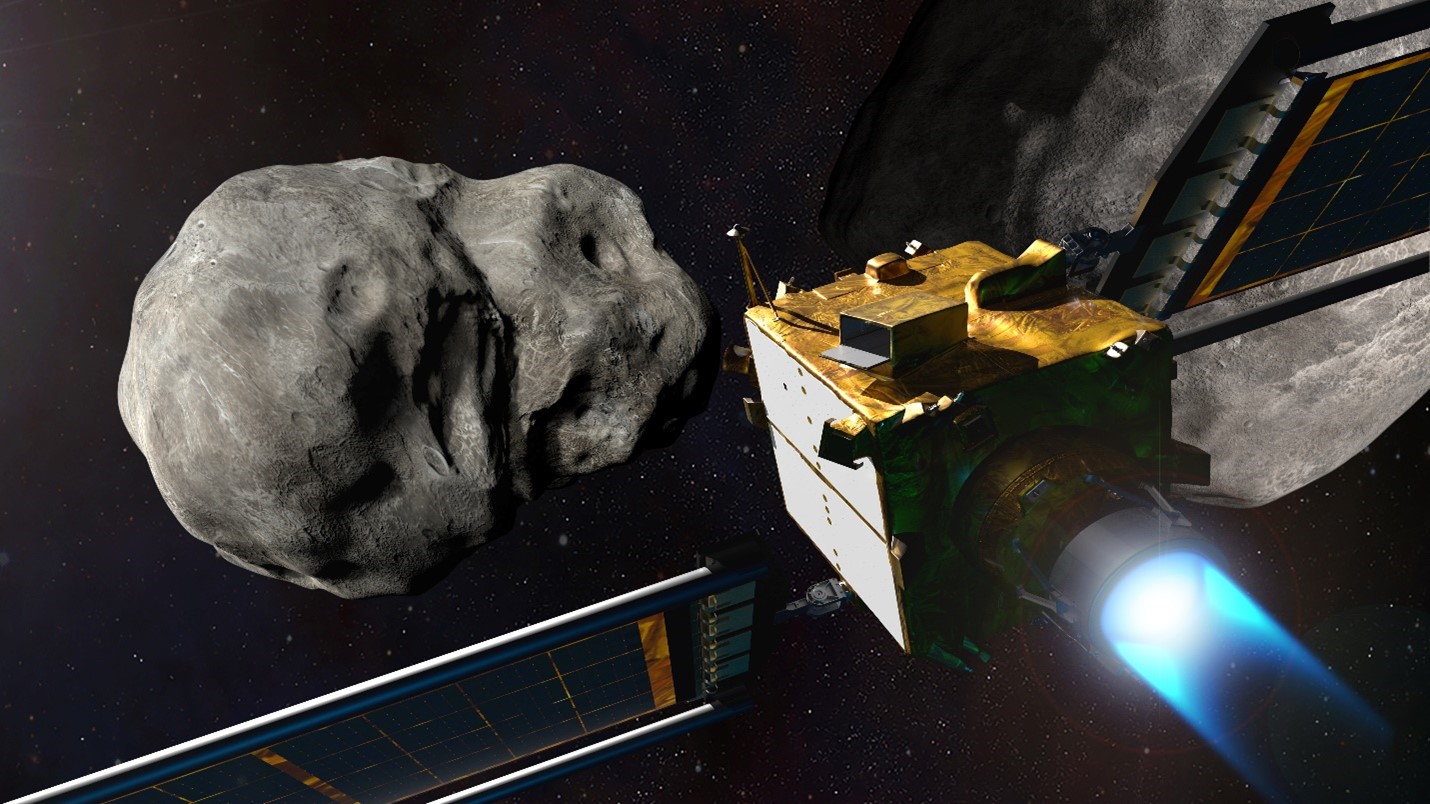 NASA successfully launched the Double Asteroid Redirection Test (DART) mission, which is intended to test planetary defense of near-Earth objects. The DART spacecraft will make impact with a small asteroid named Dimorphos with the intent of changing its orbit around Didymos, its companion rock. While Dimorphos poses no threat to Earth, this impact test will help determine if crashing a spacecraft into an asteroid is an effective way to change its course. If successful, this method could be used to deflect an Earth-threatening asteroid in the future.

The DART spacecraft includes an Italian Space Agency six-unit CubeSat called LICIACube. LICIACube is equipped with two cameras and will separate from DART ten days prior to impact. It is planned to take pictures every six seconds during DART’s impact phase as well as record images of the asteroid after impact, which may help illustrate the consequences of the collision. LICIACube is the first deep space mission developed and managed by an Italian team. The collision between the DART spacecraft and Dimorphos is expected to happen in early Autumn 2022.

VPT is proud to have parts on board this mission and congratulates everyone involved with its current and future success.