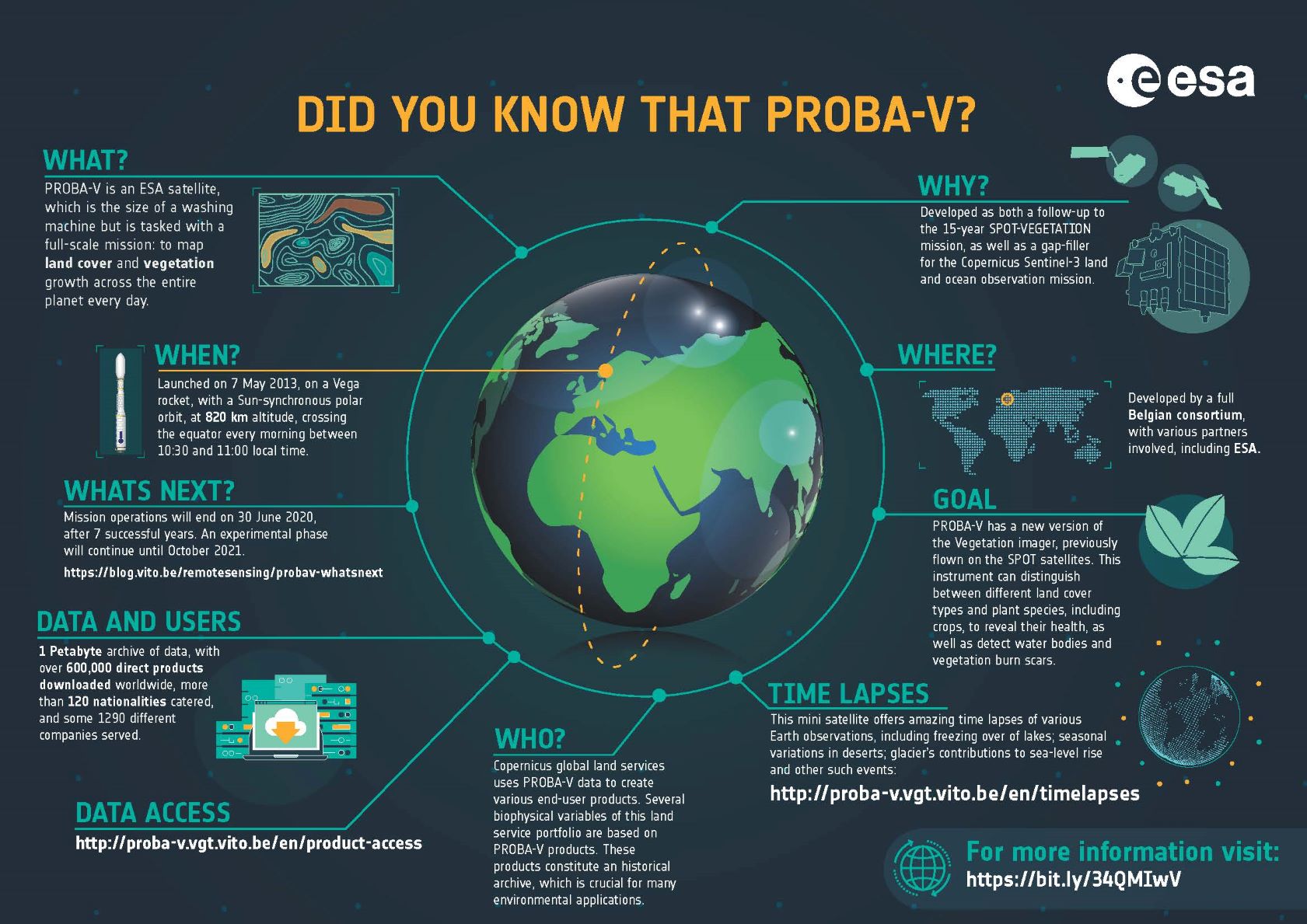 ESA’s Proba-V minisatellite will be wrapping up its plant-tracking mission on June 30, 2020 after seven years of collecting data. Launched in May 2013, Proba-V (Project for On-Board Autonomy-Vegetation) was deployed to ensure global terrestrial vegetation data was collected between France’s SPOT-VEGETATION and ESA’s Sentinel 3 missions. This mission was initially expected to last two years, which was the anticipated life span of the satellite, but has been repeatedly extended due to Proba-V’s continued functionality. After June 30th, Proba-V will continue in an experimental phase until October 2021.

Proba-V was launched into a ‘sun-synchronous’ orbit to keep pace with the sun’s orbit around the earth, so it would have the maximum amount of daylight for its observations. With its main vegetation imager having a 2250 kilometer wide swath, it is able to cover nearly each vegetative surface on Earth each day. However, due to the orbit changing because of the Earth’s gravitational pull, and the satellite’s lack of thrusters to correct its course, one of its cameras will soon only be observing nighttime, initiating the end of this mission.

The experimental phase will have Proba-V making observations over Europe and Africa, collecting data to help provide early drought warnings. In addition to that it will be making increased lunar observations. In October 2021, the satellite’s orbit will decay to the point that Proba-V will be in total darkness, when it will be shut down or put into suspended animation.

VPT is proud to have parts on board this mission and congratulates everyone involved with its success and longevity.