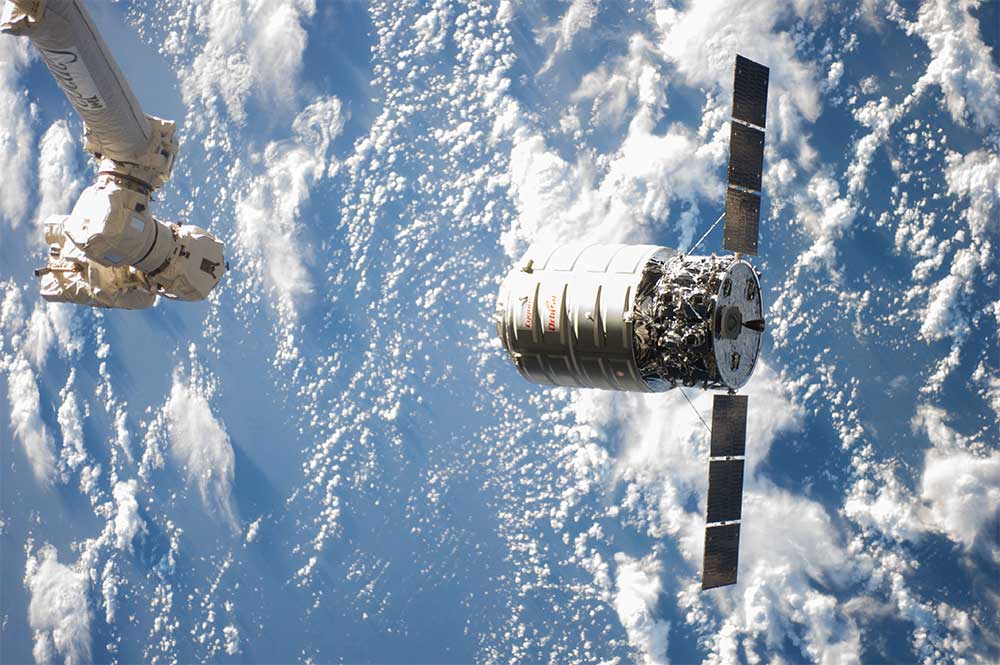 December 10, 2015 – Orbital ATK announced yesterday that its  Cygnus CRS-4 spacecraft, which was launched via a United Launch Alliance Atlas V vehicle in Cape Canaveral on Sunday, December 6th, has reached the International Space Station and made a successful docking. The enhanced Cygnus unmanned resupply vessel carries more than 7,000 pounds of materials including crew supplies, a Microsoft HoloLens, and scientific lab equipment that will support various experiments on life sciences and the behavior of gases and liquids in weightlessness.

NASA astronaut, Kjell Lindgren operated the station’s robotic arm to dock Cyngus where it will remain connected to the station through most of January as astronauts unpack new supplies. The vessel will  then be loaded with 3,000 pounds  of unused and unneeded equipment and will disintegrate in Earth’s atmosphere after  release from the International Space Station. VPT is proud to have parts aboard both the Cygnus spacecraft and Atlas V launch vehicle. More information can be found on NASA’s website.