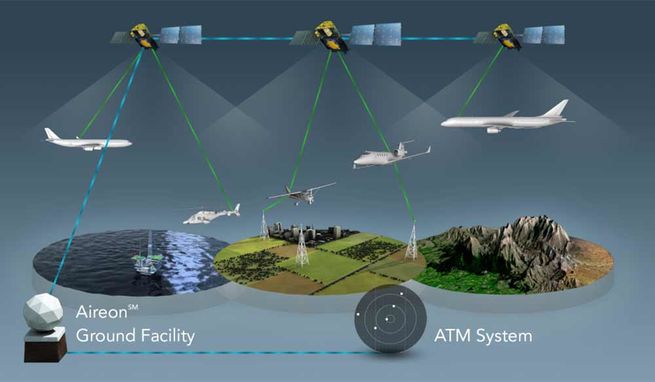 January 15, 2019 – Aireon announced that the Iridium NEXT constellation hosting its space-based Automatic Dependent Surveillance-Broadcast (ADS-B) is now complete. The eighth and final batch of Iridium NEXT satellites were successfully launched on January 11th on board a SpaceX Falcon 9 rocket from Vandenberg Air Force Base.  With this launch of ten satellites, the number of payloads Aireon has in orbit is now 75 – 66 operational and nine spares – with an additional six ground spares.

Now that the satellite constellation is complete, final integration and testing of the payloads will begin.  After which, the Aireon system is expected to become operational, though no exact timeframe for its implementation has been given.

VPT is proud to have parts on board this ground-breaking technology that will soon improve air traffic surveillance. We congratulate Aireon and Iridium on the successful launch and deployment of the Iridium NEXT constellation.

To learn more about Aireon’s ADS-B, please watch this video.