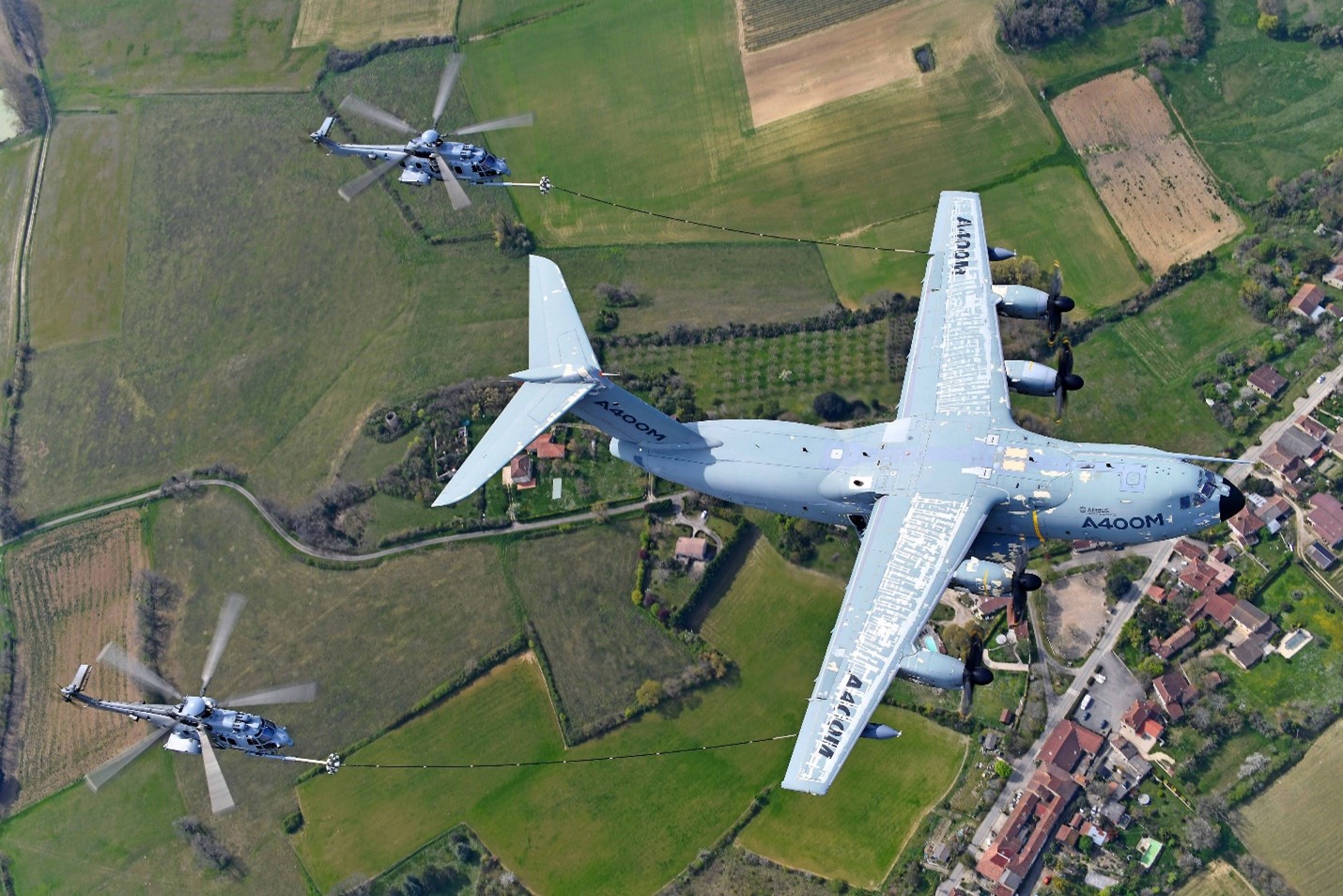 The campaign took place over the west coast of France in both day and night, performed in coordination with the French Armament General Directorate (DGA) using two French Air Force H225M helicopters. Taking place at heights between 1,000 and 10,000 feet, over 6.5 tons of fuel were transferred, ending with the first ever simultaneous refueling of two helicopters.

With the ability to fly at both low speeds and low altitudes, as well as higher ones, the A400M is the only air tanker that is capable of refueling an entire range of military aircraft at their preferred speeds and altitudes. It has a basic fuel capacity of 63,500 liters, which can be increased with additional cargo hold tanks, and can provide a fuel flow of up to 600 gallons per minute.

This capability makes the A400M ideal for special forces operations involving aircraft with different speed and altitude requirements, close formation flying patterns, and nighttime conditions. The H225M helicopter is one of the few capable of being refueled in flight, which can increase its flight time by ten hours.

VPT is proud to have parts on board of this program, and we congratulate everyone involved in its current and future success.