May 1, 2018 — VPT’s Co-founder and CEO, Dr. Dan Sable, was one of six Virginia Tech alumni to be inducted into VT’s College of Engineering Academy of Engineering Excellence last week. 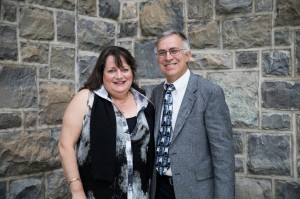 The academy was founded in 1999 by former Dean of the College of Engineering, F. William Stephenson, as well as the college’s advisory board and honors alumni who have had exceptional career successes.

Dr. Sable received his master’s degree and Ph.D. from Virginia Tech in 1985 and 1991 respectively. He then went on to work as a research scientist at the Virginia Tech Center for Power Electronics. In 1993 Sable joined Fred Lee, who was the director of the Center at the time, and Gary Hua to form VPT, Inc. Now, the company has global success providing high-reliability power supplies for mission critical applications.

We want to congratulate Dr. Dan Sable on earning this very well-deserved accolade!

To find out more about this year’s inductees visit Virginia Tech’s website.