We are amid a time of monumental importance for space technology and exploration. In the past few years alone, we’ve seen remarkable first-time accomplishments by both commercial and government space organizations, witnessing the first successful launch and landing of reusable rockets, the very first up-close images of Pluto, and the first launch of an asteroid mining mission. Additionally, vital human health and environmental issues are explored and improved regularly, thanks to the work aboard the International Space Station. At VPT, these developments are especially exciting as our high-reliability products are part of the critical power systems on many of these astounding space programs. 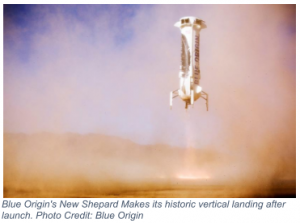 With its Falcon 9 rocket, SpaceX successfully completed the first-ever orbital launch and landing. Prior to this, no orbital class booster had ever landed intact. Additionally, the vertical take-off/vertical-launch (VTVL) vehicle continued to make additional launches and landings.

Most recently, SpaceX launched its Dragon capsule from its Falcon 9 rocket for a resupply mission to the International Space Station. Not only did the rocket land safely after launch, the Dragon capsule arrived at the International Space Station two days later. This marks the Dragon spacecraft’s second delivery to the space station, making it the first reusable and commercially built spacecraft to make repeat deliveries to the ISS. Both the launch vehicle and the cargo capsule had VPT parts onboard for this mission.

Mission #2: Uncover the origins of the solar system

Humans have made impressive discoveries in space over the years, including one of the most significant events in modern history. On July 14, 2015 NASA’s interplanetary probe, New Horizons, made a flyby above the surface of Pluto, capturing the first high-resolution photos of the dwarf planet and its moon Charon. The mission has brought to light many facts about Pluto and its system that were simply unknown before; from evidence of water on Pluto to the color of its atmosphere. Launched in 2006, New Horizons made the nearly decade-long and 3.6-billion-mile journey to Pluto, with VPT power conversion parts on board. This mission provided a first-time up-close look at Pluto and Charon, as well as 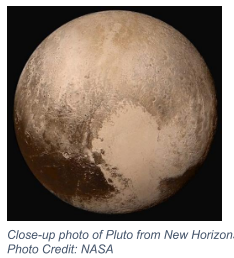 Jupiter and the farther regions of our solar system. New Horizons is still in orbit, with an expected flyby of the Kuiper belt in January 2019, and a projected mission end-date in 2026.

Another significant mission for NASA is OSIRIS-REx, their first asteroid study and sample return mission. The OSIRIS-REx spacecraft will rendezvous with, and take samples from asteroid Bennu. This is the first mission designed to inform scientists about the solar system’s development by bringing actual samples from an asteroid back to Earth. In 2018 OSIRIS-REx is scheduled to make contact with the mountain-sized Bennu, studying it as it prepares for sample collection in 2020. The spacecraft will return to Earth in September 2023. Since its launch, OSIRIS-Rex has performed flawlessly and remains on schedule, having also completed a successful deep space maneuver in December 2016, as well as capturing an image of Jupiter and three of its moons during a search for Earth-Trojan asteroids. While the Earth-Trojan survey did not yield any discoveries, it provided the mission team practice with hazard maneuvers that will help the spacecraft avoid collision with satellites as it approaches asteroid Bennu. NASA has included VPT parts on the vehicles used in both above-mentioned historic missions. 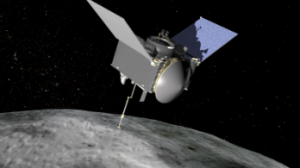 It is not NASA alone that trusts VPT with systems facing extreme space environments; VPT parts are also aboard the European Space Agency and Roscosmos on the ExoMars Trace Gas Orbiter (TGO). The ExoMars program is designed to search for signs of life on Mars — past or present, as well as to test and collect samples from the Martian environment. The TGO entered Mars’ orbit on October 16, 2016 and will begin gathering atmospheric data in late 2017.

While much of modern space news surrounds more recent space developments, we owe honorable mention to an impressive technological mainstay: The International Space Station (ISS), which is the largest man-made object in low Earth orbit. The ISS launched in 1998 and was largely assembled in orbit. It is currently the longest continuously-occupied space station, hosting astronauts onboard since November 2, 2000. With VPT parts vital to its space power operation, the ISS serves as a premier research facility for hundreds of important studies designed to help humankind and the environmental health of Earth. The U.S. segment of the space station is designated as a national laboratory, producing scientific research that has advanced several medical technologies including an eye-tracking device used in laser surgery, as well as a robotic arm based on space robot technology which can be used to perform delicate surgeries. Ongoing medical studies also include a look into loss of bone density, improvements in ultrasound technology, and vaccine development. 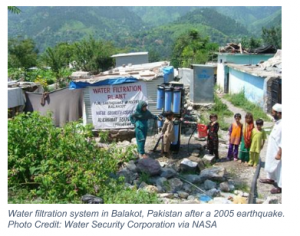 The ISS and its scientists have also played an essential role back on Earth with its water-purification technology, which has been adapted for Earth use and has helped save lives in regions that did not previously have safe drinking water. Additionally, the ISS onboard imaging system known as the ISS Servir Environmental Research and Visualization System (ISERV), captures images of Earth from space and has been used to help emergency and rescue workers respond to natural disasters. Since 2012, ISERV has collected data from 34 specific events which helped save countless lives.

Advancements in space technology and exploration is on a steep and thrilling trajectory. The repeated success of reusable equipment is a testament to the quality and longevity of the components of which they are made, as well as the many brilliant people that have contributed to space system reusability. All space endeavors, whether they are relatively brief resupply missions or two-decade long research missions, require an unfailing foundation. Considering the knowledge gained from each space mission, reliability is imperative whether the mission is manned or unmanned. VPT’s space heritage is built on our longstanding commitment to providing high reliability power conversion solutions for space applications of every kind, and we will continue to support these programs to ensure there are many more “firsts” in the future.