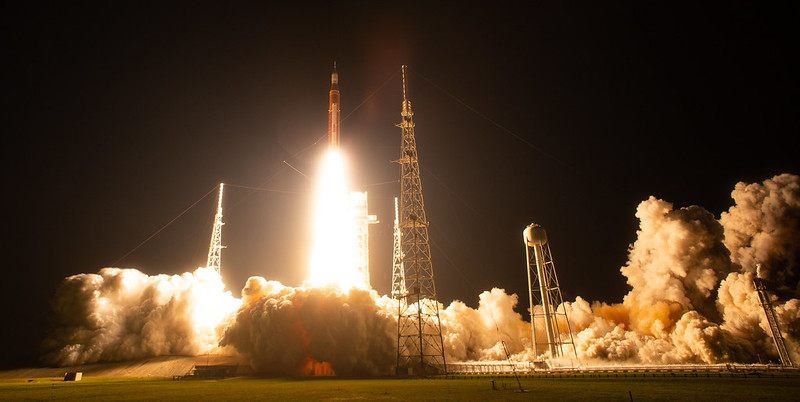 NASA’s Space Launch System (SLS) recently lifted off from the Kennedy Space Center carrying an uncrewed Orion spacecraft as part of the first leg of NASA’s Artemis mission. This launch marks the first for SLS, which has the highest payload capacity of any rocket in service. This first spaceflight of the mission, Artemis I, will see the Orion spacecraft travel 40,000 miles beyond the moon, ultimately returning to Earth after 25 days in space. The primary objective of this flight is to test Orion’s capabilities for future manned missions, especially its heat shield capacity since subsequent missions will travel to more remote locations within the solar system.

Artemis I released 10 CubeSats shortly after launch that have various destinations, including asteroids as well as one that is expected to make a landing on the lunar surface. Each CubeSat mission is expected to provide valuable information to complement scientists’ current knowledge of the solar system, in hopes of benefiting future missions.

Once Artemis I returns to Earth, preparations for the crewed Artemis II mission will begin. Artemis II will travel farther into the solar system than any previous crewed mission, which is why the Artemis I test mission is so critical. Subsequently, Artemis III is a planned moon landing mission scheduled for 2025, the first since Apollo 17 in 1972.  NASA hopes to build on these missions for long-term crewed lunar missions and those to other worlds including Mars. VPT congratulates everyone involved in this mission’s current and future success. With parts on board, we are proud to be involved in this historic event.