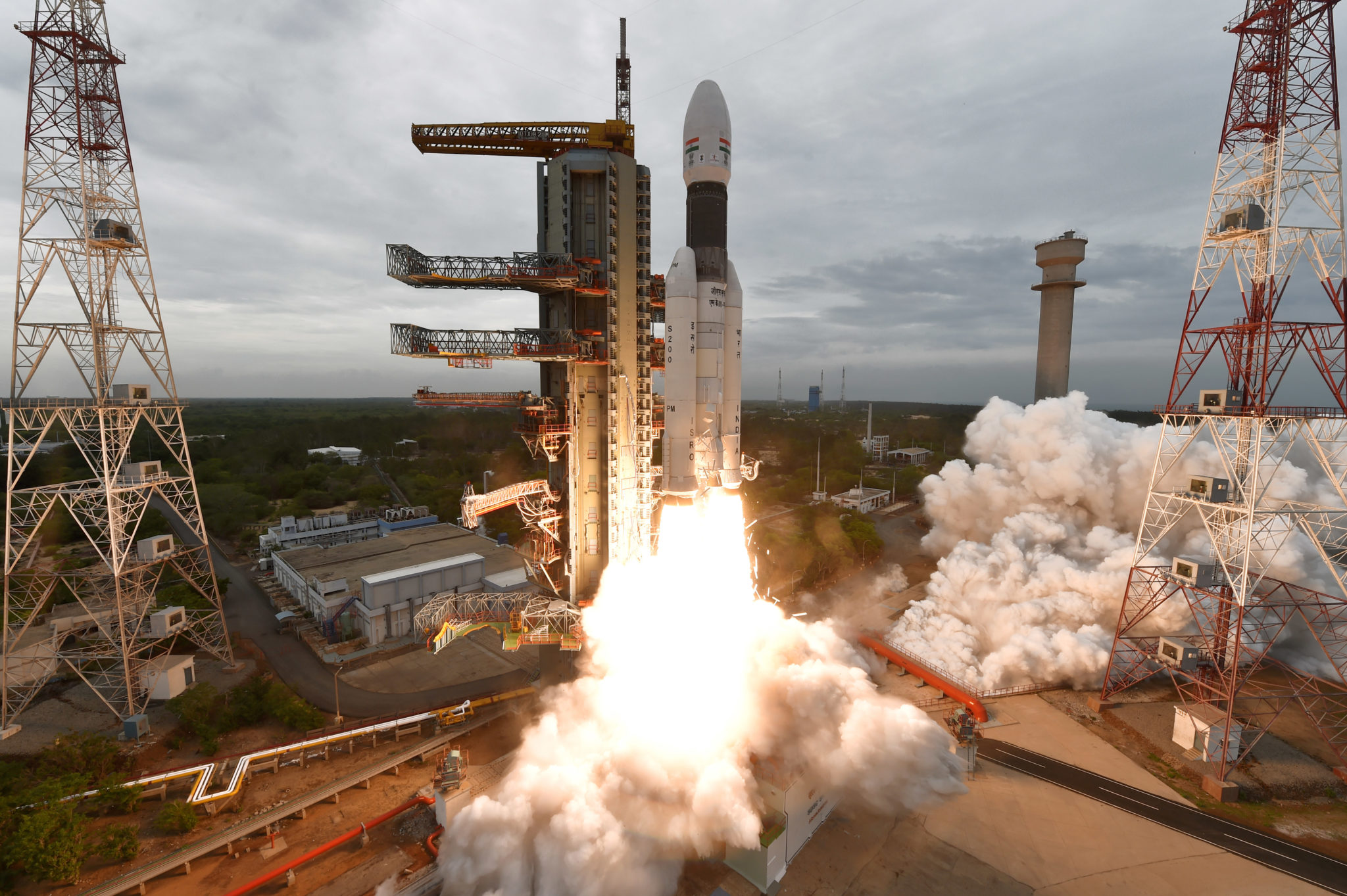 July 30, 2019 — The Indian Space Research Organization(ISRO) successfully launched its Chandrayaan-2 moon mission on July 22nd, with the unmanned spacecraft projected to reach lunar orbit in early September. Shortly thereafter, it is expected to put a lander and rover near the moon’s south pole. If successful, this will make India only the fourth country to achieve a soft landing on the moon, with the United States, Russia, and China being the only other nations to do so.

Chandrayaan-2 is India’s second robotic moon mission, with the Chandrayaan-1 mission being the first. This initial mission launched in 2008 and operated until mid-2009 and was equipped with an orbiter and an impactor, which made a hard impact with the lunar south pole in late 2008. This mission detected water ice on the moon, which Chandrayaan-2’s solar-powered rover, Pragyan, is slated to explore.

Pragyan will be performing on-site chemical tests for a period of 14 days with the intent to study the lunar topography as well as any minerals, water, and ice that may be present. Any data collected will be sent to the lander, Vikram, which will then transmit the information to the Earth station. In addition, the orbiter will be compiling images of the lunar surface to help scientists create 3D maps of it. This could help broaden the understanding of how the solar system formed.

VPT is proud to have provided parts for this historic mission and congratulate everyone involved with its success.