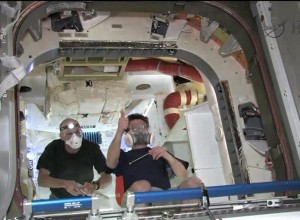 May 29, 2012  Last week  Space Exploration Technologies (SpaceX) successfully launched its Falcon 9 rocket carrying a Dragon spacecraft bound for the International Space Station (ISS). After orbiting, the Dragon capsule successfully attached to the ISS to deliver food and supplies to the astronauts stationed there.

Space Exploration Technologies (SpaceX) made history when its Dragon spacecraft became the first commercial vehicle in history to successfully attach to the International Space Station.  Previously only four governments   the United States, Russia, Japan and the European Space Agency   had achieved this challenging technical feat.

VPT is proud to be a part of the excitement, powering a variety of environmental, antenna, and safety controls on board both the Falcon 9 rocket and the Dragon space capsule.

View the grappling and berthing of the Dragon capsule, courtesy of NASA: